Deadeus is finally being released physically for the Gameboy on an original cartridge with full box art and a full colour manual.

The response to the game has been staggering, I never expected or imagined it at all and as of right now the game has been downloaded over 10000 times. To everyone who tried the game out I wanted to say a huge thank you, for real. It means a great deal to me. 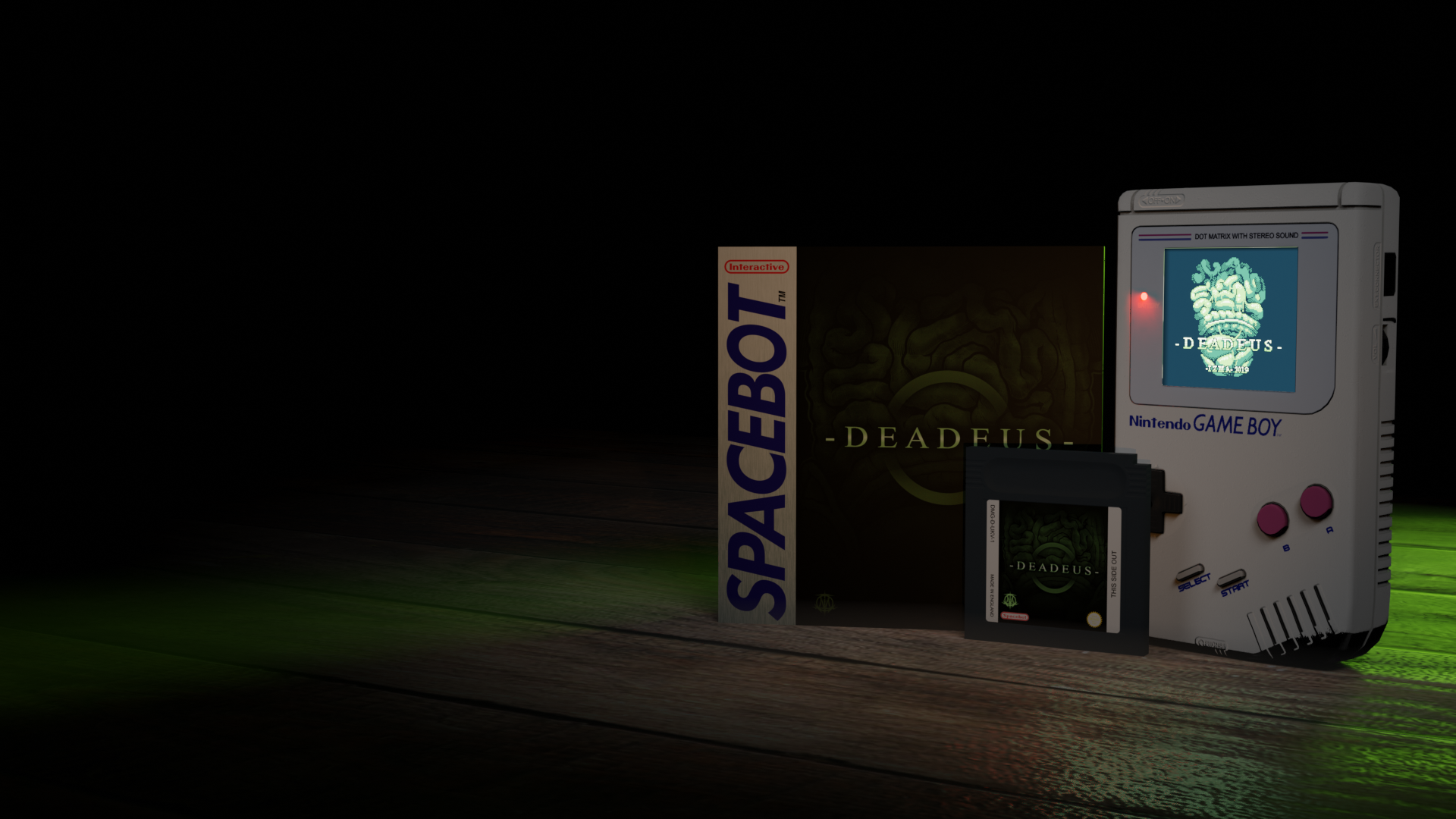 you can preorder your copy here:

Deadeus is due to be shipped out in March 2021.

The version of the game shipping on the cartridge is 1.3.8. What's new in this version? The biggest addition in my opinion is that Stoo Busby, the musician who worked on Deadeus spun more magic and has made a bunch of new tracks for the game. His output during all of this has been incredible and to see him keep adding more has been amazing. I can't wait to work with him again on our next project.

The next biggest thing in 1.3.8 is a plethora of trims, tweaks and bug fixes:

All of these changes have also been added to the ROM version of the game here on itch.io so you may redownload and update your current versions if you wish.

I want to say another huge thank you to everyone who played the game and I hope you enjoy this latest round of fixes!

A horror game for the original Gameboy!

Deadus is great on my gameboy color through my GB USB SMART CARD 64MB.

It's cool to see new games coming on gameboy. Maybe a new Deadus on GBC one day ?

You can contact me if you want to bring some new language for the game ( like french for me). You can send me a txt and i will translate for you.

I posted there was an update that broke the achievements on the RetroAchievement board, and apparently there's a collision detection glitch in this version that allows the player to phase through walls and objects, rendering them permanently stuck or potentially allowing them to visit areas they shouldn't be able to access yet Just wanted to point that out in case no one has yet.

Congrats! Keep it up